It has been a quiet year for Ralph, as has become usual.  Because of things originally written in this space, I found myself co-featured in a couple of books about Bob Dylan (The Dylanologists by David Kinney, and Time Out of Mind by Ian Bell), and named by Rolling Stone as Bob Dylan's 7th most crazed fan, which says something about that once-great magazine's current level of insight.  Would you like to know how many media calls I got after all this pub? Zero. I'm not complaining.

MUSIC: Since we're talking about music, let's do that first. It seems to me that this was a good year for music -- better than last year, for sure.  My impression is that indie rock, the category I pay most attention to, made a turn towards pop this year. Again, I'm not complaining.  Some songs like I'm Callin' (Tennis), How Can You Really (Foxygen), Do You (Spoon), and Talking Backward (Real Estate) are just great pop songs and you wouldn't guess that these were indie bands, with the Pitchfork seal of approval.  In a rational society, there would be a Top 40 based on record sales and radio play, and these songs would be on all the time. But my Song of the Year Ralphie goes to Water Fountain by tUnE-yArDs, and if this song doesn't make you bop across the living room with a smile on your silly face, check your pulse. As for Album of the Year, that goes to Rips, from Ex Hex, a three-piece band that arose from the wreckage of the late great Wild Flag.  This is what used to be called power pop, and for all I know still is. Mary Timony's guitar lines are pretty amazing, in that they are just as hummable as the vocal melody, if nor more so. (Here's a sample.)

MOVIES: Ehhh ... we only saw two movies all year. Guardians of the Galaxy, which was OK, I guess? I love comics, but, honestly, most of the comic book movies out there, no matter how jolly, are not good translations.  People think of movies as a long-form art -- like novels or TV serials -- but they're not. Movies are essentially short stories, and the best ones pack a punch like a great short story. That means that things that require a lot of exposition, like biographies, epics, or novel adaptations, are diluted on the big screen. Comic book stories (good ones) are long-form, and to put them on screen a lot of the character development has to be left out or taken for granted. GOTG was no different. It was noisy, and a little too pleased with itself. The other movie we saw was The Theory of Everything, about Stephen Hawking. It was interesting, but not a great movie. Same problem.  So no movie award, as per usual.

TV: There was not a single current TV show that I watched regularly this year. However, I did catch up with Breaking Bad and binge-watched most of it. I thought it was fantastic, and the last few episodes unfolded like a Greek tragedy. When Walter died (c'mon, too soon? this isn't a spoiler, is it?), I felt like someone I knew had passed away. Powerful stuff. It's true, like the pundits say -- TV has taken over from movies as the genre of choice for quality plot and acting. What I said above about long vs. short form applies here. Breaking Bad is a great novel.

BOOKS, FICTION: Although I didn't see the movies based on them, I did read two best-sellers made into movies that came out this year: Gone Girl by Gillian Flynn and The Fault in Our Stars by John Green. Both were excellent works of their kind -- Gone Girl, in particular, I just couldn't put down -- and I'm glad to have made the acquaintance of these authors. But the best read of all was  Jeff Vandermeer's Annihilation, and its two sequels, Authority and Acceptance.  It was like watching Lost, without the disappointing ending.  Runner-up goes to an  Israeli mystery novel by Dror Mishani, אפשרות של אלימות (Possibility of Violence), which is now out in English translation.

BOOKS, NON-FICTION: I read a lot of non-fiction.

OK, kids, see you next year! Might be a more active year for Ralph, who knows?

In Numbers 11, we have the story of God's miraculous provision of quail for the children of Israel, who were tired of eating manna all the time. Although the quail was provided in massive quantities, the Israelites, according to the standard translation of v. 33, did not so much as eat a single bite before the Lord punished them with a plague: "But while the meat was still between their teeth, before they chewed it, the anger of the LORD burned against the people, and the LORD struck the people with a very great plague" (NET Bible and many others).

The phrase translated "before they chewed it" is טרם יכרת, literally, "before it was cut off." It strikes me as unlikely that the Niph'al of the root krt would mean "chew"; the default gloss for the verb is "be cut, cut off." The Aktionsart of the verb is normally telic (a Vendlerian "achievement") and not iterative (an "activity"). But words develop their little quirks and it's not out of the question that something like "chew" (or "bite") could develop out of "cut off" (and compare the NEB "they had not so much as bitten it"). Nevertheless, this verse seems to be the only one where נכרת is translated "chew."

The ancient versions, however, unanimously render the phrase with words meaning finish, be over: "While the meat was still between their teeth, before it failed" (πρὶν ἢ ἐκλείπειν, LXX), "before it ran out" (nec defecerat, Vulgate), "before it stopped" (עד לא פסק, Onkelos), "before it went away" (ܘܥܕܠܐ ܥܒܪ., Peshitta). The ancient translators apparently took the phrase to refer to the month-long period that the quails were available for eating (Num. 11: 19-20), so that an overall paraphrase of v. 33a would be "While they were still (daily) eating the quail, before the supply ran out ..." (Rashi mentions both interpretations but favors the translation of Onkelos.) This makes a lot more sense to me, since the episode presupposes that the Israelites consumed a lot of quail.

There does not seem to be any straightforward reference to "chewing" in the Hebrew Bible. The animals that "chew the cud" (Lev. 11:3 and elsewhere) actually "bring up" (מעלה), regurgitate, the cud. The standard verb in later Hebrew (including Modern) meaning "to chew" is לָעַס, which, as far as I know, is first attested in the Mishnah. I have a hunch, though, that Hebrew speakers chewed things before then and probably referred to the act with the same verb.
Posted by Ed at 11:37 AM No comments: 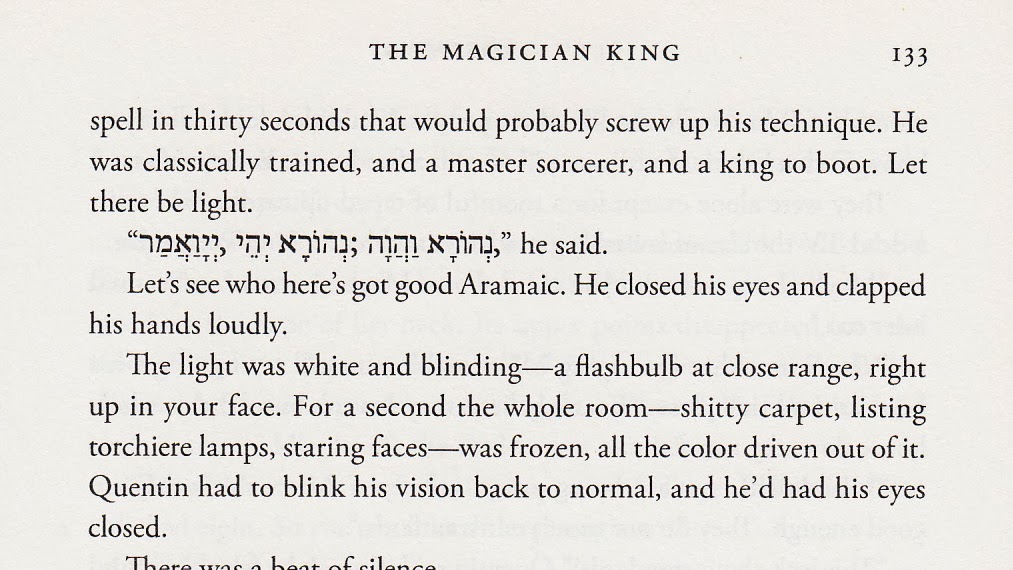