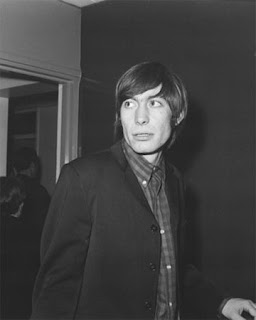 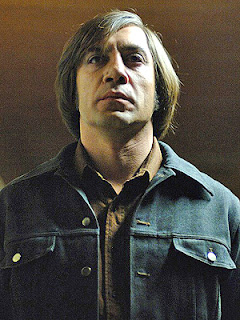 OK, as of last night, Lost, which is always interesting, is getting really interesting. I won't bother non-afficionados with a recap, but if you've been watching it, you know what I mean.

As it happens, I went to bed last night soon after watching 2 hours of Lost (last week's re-run and this week's new episode) and I had what seemed like a night-long continuation in my dreams. Among the events I dreamed (for real, honest):

I was in some kind of secret FBI installation, and they had there some kind of machine that emitted puffs of black smoke — yes, that smoke — that congealed into little electronic butterflies. In the dream I'm thinking, "The FBI is involved in this?"

I was walking with Sawyer out of Ben's house, and I clapped him on the back and said, "So you and Kate are getting married, huh?" To which he replied, "Uh-huh."

Towards daybreak, I was incarcerated in some room, possibly in Ben's house, and they put Weird Al Yankovic in with me. He was sporting an Afro, and I said, "I thought your hair was long these days." He said, "You mean like this?" and removed his Afro wig.

And then I woke up, with a realization. For some reason, all this dreaming had given me a perfect insight into the actual episode. Wait for it .... Ben's man on the freighter is — Sayid! No, really. We all know that time is increasingly fluid in this show, and that at the end of the episode Ben had talked Sayid into doing some kind of spying on the freighter. But since Ben had already received the information before he sent Sayid, this must mean that Ben has knowledge of the future. Probably, like Desmond, he is a time traveler: he has lived through more than one cycle of these events, but, unlike Desmond, he has perfect recall of each iteration.

If you're not a fan of the show, this will sound like gobbledygook, I know. I promise the next time I dream-blog I'll come up with something of more general interest. (Or, you could start watching the show.)

The last few months, during travels to San Diego and Washington, DC, I've had occasion to spend some time with friends I haven't seen in a long time, in some cases for a decade or more. And I was a little worried as I went into these encounters that time might have eroded these friendships, or irrevocably changed one or both of us, or in some way covered or altered or made permanently inaccessible whatever was real and unique and good about these relationships. Because (let's face it) that does happen.

In every case I was happy to find that nothing essential had changed, and that it felt like days or weeks since I had last seen each one of the people I'm talking about, instead of years or decades, and in no way was I forced to change my opinion of them (or myself) or my memories. It's a tremendous experience, and gives a feeling of stability and reality to one's own biography.

All of this is just by way of prelude to presenting this link to a video lecture by Robert Kane of the University of Texas at Austin. Dr. Kane's course in "Problems of Knowledge and Value" was a key experience for me when I was a young Plan II nerdling at UT, and helped me (as it did many others) make some cautious first steps into becoming a rational, critical thinker. When I came across the video, I was happy, once again, to see that although Dr. Kane is grayer (aren't we all?), he's still thinking about the same issues that came up in class back in 1970, and still lecturing with the same blend of humor and clarity. Some things, thankfully, never change.

The Odd Translations of Garry Wills in "The Rosary"

I've been reading The Rosary, by Garry Wills, which is not a bad book, as far as the history and practice of the rosary are concerned. Nevertheless, the book is a little spoilt for me by the idiosyncratic nature of his New Testament translations.

Wills is a former Classics prof, and I don't doubt his control of the languages. Nevertheless, the phrase "lost in translation" might have been created for his versions. I'll just give a couple of examples, both from the Magnificat (Luke 1:48-55).

First, a word of explanation. Each saying of the Rosary is accompanied by meditation on a Mystery from the life of Christ, whether Joyful, Luminous, Sorrowful, or Glorious. The Visitation of Elizabeth by the Virgin Mary, which includes the prayer by Mary called the Magnificat, is one of the Joyful Mysteries, and so, as he does with each of the Mysteries, Wills provides an original translation of the relevant Scripture passage and a brief reflection.

In the King James Version, the first line of the Magnificat is "My soul doth magnify the Lord," which renders Gk. megalunei he psuche mou ton kurion. Even the most modern version does little to change this, with the NRSV rendering "My soul magnifies the Lord" and the NIV "My soul glorifies the Lord." The background is Hebraic; a similar phrase from Ps. 34:4 "O magnify the Lord with me" (Heb. gaddelu l-YHWH itti) is rendered by the Septuagint megalunate ton kurion sun emoi. A good Hebrew back-translation for Mary's utterance would begin tegaddel naphshi l-YHWH.

But this makes Wills uncomfortable; he quotes St. Augustine to the effect that "we cannot make [God] any greater than he is." And so he translates: "My soul expands toward the Lord." Now this isn't just fine as a paraphrase, it's inaccurate. The verb megalunein is not intransitive; and the Virgin isn't making a statement about her religious experience, she is praising the Lord. Stripped down to its denotative core, her statement means "I am praising the Lord," and the rest of the canticle follows in that intention.

Wills, having chosen the theme of "expansion," inserts it again in his translation of Luke 1:49a, which I always memorized as "he that is mighty has done great things for me" (Gk. epoiesen moi megala ho dunatos). But Wills renders this as "Power itself has expanded me." Again, this is not quite correct. The phrase "to do great things" is also Hebraic, reflecting Heb. 'asah gedolot (e.g., Psa 71:19; 106:21; Job 5:9; 9:10; 37:5). The reference is to miraculous, amazing works, whereas it is not clear at all to me what "Power itself has expanded me" means. Plus, "Power" is not an apt rendition of ho dunatos, which means "the mighty one, the powerful one," not an impersonal "Power" (for which he dunamis would be a better original). The original Hebrew might have been ki 'asah li gedolot ha-gibbor.

To be fair, not all of Wills's translations are this inept; but regrettably the clunkers are too many for comfort (although I do like the color reproductions of the paintings of Tintoretto). Those who are looking for a good book on the Rosary can probably do better.

BIBLIOGRAPHY: Garry Wills, The Rosary (Penguin, 2005); Randall Buth's seminal article, "Hebrew Poetic Tenses and the Magnificat," Journal for the Study of the New Testament 21 (1984) 67-83, should be read by all NT scholars. He includes a complete back-translation.
Posted by EMC at 3:35 PM 2 comments: