Of Sayers, James, and Bells

Given that there is such a thing as "comfort food," why shouldn't there also be "comfort books"? Comfort books, as I imagine them, are personal, much-read favorites, to be resorted to when other reading (or life in general) seems flat, stale, and unprofitable.

My own canon of "comfort books" includes the mysteries of Dorothy Sayers, and recently I have been re-reading The Nine Tailors (1934), which many people feel is the best of them. I think Gaudy Night is my favorite, but The Nine Tailors surpasses it in literary quality.

On this particular re-read, I noticed what I think is a connection to another one of my "comfort" favorites, the ghost stories of M. R. James, in particular "The Treasure of Abbot Thomas," from Ghost Stories of an Antiquary (1904). In that story, a scholar solves a coded message, embedded in ancient stained-glass windows, left behind by the 16th century Abbot Thomas concerning the location of a lost treasure on monastery grounds. The scholar locates the treasure and discovers that it has an unpleasant guardian, left behind by the unpleasant Abbot.

In The Nine Tailors, there is also an old church containing the tomb of an Abbot Thomas: "[Wimsey] brooded for a time over the tomb of Abbot Thomas, with its robed and mitred effigy. A stern old boy, he thought, this fourteenth-century cleric, with his strong, harsh face, a ruler rather than a shepherd of his people." The oldest bell in the church, one of the nine bells alluded to in the title of the book, is "Batty Thomas," named after the Abbot who had it cast. Of this bell the sexton says, "She's queer-tempered. They do say as how old Batty [the Abbot] down below, what had her put up here, was a queer sort of man and his bell's took after him."

So you have two Abbots named Thomas, neither of them very nice, who left, on church grounds, items that have something of the nature of their owner. Now if you add that both stories concern a buried treasure that is found by reading coded messages that have a very similar solution, the conclusion is inescapable that James's story influenced Sayers' story.

Which doesn't bother me. I like this kind of intertextuality, especially when one "comfort book" influences another. If you haven't read either, read them both.

Speaking of bells, which The Nine Tailors does a lot, I can't resist passing along an old poem I ran across, from 1781, posted in an English church bell tower to keep people from sneaking in and ringing the bells for fun:

Who turns a Bell by light or dark
Two pence shall pay to Parish Clerk
Who turns a Bell on Sabbath Day
Double the sum at least shall pay
Ring not till four nor after nine
Who keeps worse hours shall twelvepence fine
With Hat, with Cap, or with Spurs on
Must four pence pay or else begone.
If any one caught pissing here
Shall four pence pay & then be clear
And who those are that will not pay
Presented shall the next Court Day. 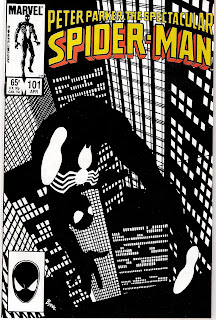